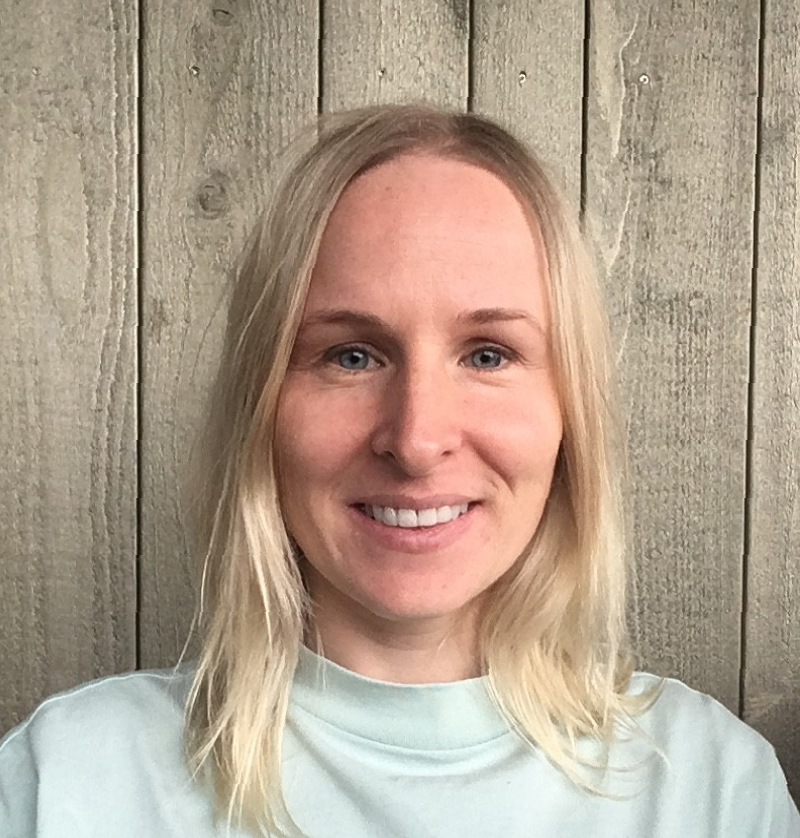 RSV is a global, endemic respiratory virus, which infects a large proportion of the population every year. It is the most common pathogen causing acute lower respiratory disease (bronchiolitis and pneumonia) in young children. Reinfection is common and immunity is believed to be short-lived. However, each reinfection may lead to a sequential acquisition of immunity (SAI) with decreased susceptibility to infection, shorter duration of infectiousness and lower viral loads. Adolescents and adults are mostly asymptomatic but may still transmit the virus.

The seasonal pattern of RSV is shaped by the duration of immunity, seasonally varying contact rates and pathogen viability. The magnitude of each of these parameters is not fully clear. The disruption of the regular seasonality of RSV during the COVID pandemic in 2020 due to control measures, and the ensuing delayed surge in RSV cases provides an opportunity to disentangle these factors and to understand the implication for vaccination strategies. In this project, we developed a mathematical model of RSV transmission, which simulates the sequential re-infection (SEIRRS4) and uses a flexible Von Mises function to model the seasonal forcing. Using MCMC we fit the model to laboratory confirmed RSV data from 2010-2022 from NSW (Australia) while accounting for the reduced contact rates during the pandemic with Google mobility data. We estimate that RSV dynamics in NSW can be best explained by a high effective baseline transmission rate (2.94/d, 95% CrI 2.72-3.19) and a narrow peak with a maximum 13% increase compared to the baseline transmission rate. We also estimate the duration of post infection temporary but sterilizing immunity to be 412 days (95% CrI 391-434). A simulated continuous vaccination strategy leads to more extreme seasonal incidence with a delay in the peak timing and a higher amplitude whereas seasonal vaccination flattens the incidence curves.

3. Estimation of the type and duration of maternal immunity in children using seroprevalence data

Projects I was involved in as a co-author:

In this project, we explored how such the temporary interruption of contacts during the COVID-19 pandemic may shape future RSV epidemiology and what factors drive the associated uncertainty. We developed an age-structured dynamic transmission model to simulate pre-pandemic RSV infections and hospitalisations. The model was parametrized to explore two hypotheses of acquisition of immunity: gain of immunity through repeated exposure vs. gain of immunity through general maturation of the immune system (ageing). If unmitigated, paediatric RSV hospitalisation incidence in the 2021/22 season was projected to increase by 32% to 67% compared to pre-pandemic levels. The size of the increase depended most on whether infection risk was primarily determined by immunity acquired from previous exposure or general immune maturation. While infants were less affected, the increase in seasonal hospitalisation incidence exceeded 100% in 1-2 year old children and 275% in 2-5 year old children, respectively, in some simulations where immunity from previous exposure dominated. Consequently, the average age of a case increased by 1 to 5 months, most markedly if there was strong immunity acquisition from previous exposure. If immunity to infection was largely determined by age rather than previous exposure, the 2021/22 season started earlier and lasted longer but with a peak incidence lower or similar to pre-pandemic levels. For subsequent seasons, simulations suggested a quick return to pre-pandemic epidemiology, with some slight oscillating behaviour possible depending on the strength of post-exposure immunity.

Modern plague outbreaks exhibit a distinct seasonal pattern. By contrast, the seasonality of historical outbreaks and its drivers has not been studied systematically. Here, we investigate the seasonal pattern, the epidemic peak timing and growth rates, and the association with latitude, temperature, and precipitation using a large, novel dataset of plague- and all-cause mortality during the Second Pandemic in Europe and the Mediterranean. We show that epidemic peak timing followed a latitudinal gradient, with mean annual temperature negatively associated with peak timing. Based on modern temperature data, the predicted epidemic growth of all outbreaks was positive between 11.7°C and 21.5°C with a maximum around 17.3°C. Hence, our study provides evidence that the growth of plague epidemics across the whole study region depended on similar absolute temperature thresholds.

Pandemic diseases such as plague have produced a vast amount of literature providing information about the spatiotemporal extent, transmission, or countermeasures. However, the manual extraction of such information from running text is a tedious process, and much of this information remains locked into a narrative format. Natural Language processing (NLP) is a promising tool for the automated extraction of epidemiological data, and can facilitate the establishment of datasets. In this paper, we explore the utility of NLP to assist in the creation of a plague outbreak dataset. We produced a gold standard list of toponyms by manual annotation of a German plague treatise published by Sticker in 1908. We investigated the performance of five pre-trained NLP libraries (Google, Stanford CoreNLP, spaCy, germaNER and Geoparser) for the automated extraction of location data compared to the gold standard. Of all tested algorithms, spaCy performed best (sensitivity 0.92, F1 score 0.83), followed closely by Stanford CoreNLP (sensitivity 0.81, F1 score 0.87). Google NLP had a slightly lower performance (F1 score 0.72, sensitivity 0.78). Geoparser and germaNER had a poor sensitivity (0.41 and 0.61). We then evaluated how well automated geocoding services such as Google geocoding, Geonames and Geoparser located these outbreaks correctly. All geocoding services performed poorly – particularly for historical regions – and returned the correct GIS information only in 60.4%, 52.7% and 33.8% of all cases. Finally, we compared our newly digitized plague dataset to a re-digitized version of the plague treatise by Biraben and provide an update of the spatio-temporal extent of the second pandemic plague outbreaks. We conclude that NLP tools have their limitations, but they are potentially useful to accelerate the collection of data and the generation of a global plague outbreak database.

3. Seasonal abundance of the human flea and its correlation with human plague

Projects I was involved in as a co-author:

Plague, caused by the bacterium Yersinia pestis, can spread through human populations by multiple transmission pathways. Today, most human plague cases are bubonic, caused by spillover of infected fleas from rodent epizootics, or pneumonic, caused by inhalation of infectious droplets. However, little is known about the historical spread of plague in Europe during the Second Pandemic (14–19th centuries), including the Black Death, which led to high mortality and recurrent epidemics for hundreds of years. Several studies have suggested that human ectoparasite vectors, such as human fleas (Pulex irritans) or body lice (Pediculus humanus humanus), caused the rapidly spreading epidemics. Here, we describe a compartmental model for plague transmission by a human ectoparasite vector. Using Bayesian inference, we found that this model fits mortality curves from nine outbreaks in Europe better than models for pneumonic or rodent transmission. Our results support that human ectoparasites were primary vectors for plague during the Second Pandemic, including the Black Death (1346–1353), ultimately challenging the assumption that plague in Europe was predominantly spread by rats.

2. Reconstruction of a transmission tree

On 3 August 1900, bubonic plague (Yersinia pestis) broke out in Glasgow for the first time during the Third Pandemic. The local sanitary authorities rigorously tracked the spread of the disease and they found that nearly all of the 35 cases could be linked by contact with a previous case. Despite trapping hundreds of rats in the area, there was no evidence of a rat epizootic and the investigators speculated that the outbreak could be due to human-to-human transmission of bubonic plague. Here we use a likelihood-based method to reconstruct transmission trees for the outbreak. From the description of the outbreak and the reconstructed trees, we infer several epidemiological parameters. We found that the estimated mean serial interval was 7.4–9.2 days and the mean effective reproduction number dropped below 1 after implementation of control measures. We also found a high rate of secondary transmissions within households and observations of transmissions from individuals who were not terminally septicaemic. Our results provide important insights into the epidemiology of a bubonic plague outbreak during the Third Pandemic in Europe.

The Ebola virus disease (EVD) epidemic in West Africa in 2013–2015 spread heterogeneously across the three hardest-hit countries Guinea, Liberia and Sierra Leone and the estimation of national transmission of EVD provides little information about local dynamics. To investigate district-level transmissibility of EVD, we applied a statistical modelling approach to estimate the basic reproduction number (R0) for each affected district and each country using weekly incident case numbers. We estimated growth rates during the early exponential phase of the outbreak using exponential regression of the case counts on the first eight weeks since onset. To take into account the heterogeneity between and within countries, we fitted a mixed effects model and calculated R0 based on the predicted individual growth rates and the reported serial interval distribution. At district level, R0 ranged from 0.36 (Dubréka) to 1.72 (Beyla) in Guinea, from 0.53 (Maryland) to 3.37 (Margibi) in Liberia and from 1.14 (Koinadugu) to 2.73 (Western Rural) in Sierra Leone. At national level, we estimated an R0 of 0.97 (95% CI 0.77–1.18) for Guinea, 1.26 (95% CI 0.98–1.55) for Liberia and 1.66 (95% CI 1.32–2.00) for Sierra Leone. Socio-demographic variables related to urbanisation such as high population density and high wealth index were found positively associated with R0 suggesting that the consequences of fast urban growth in West Africa may have contributed to the increased spread of EVD.